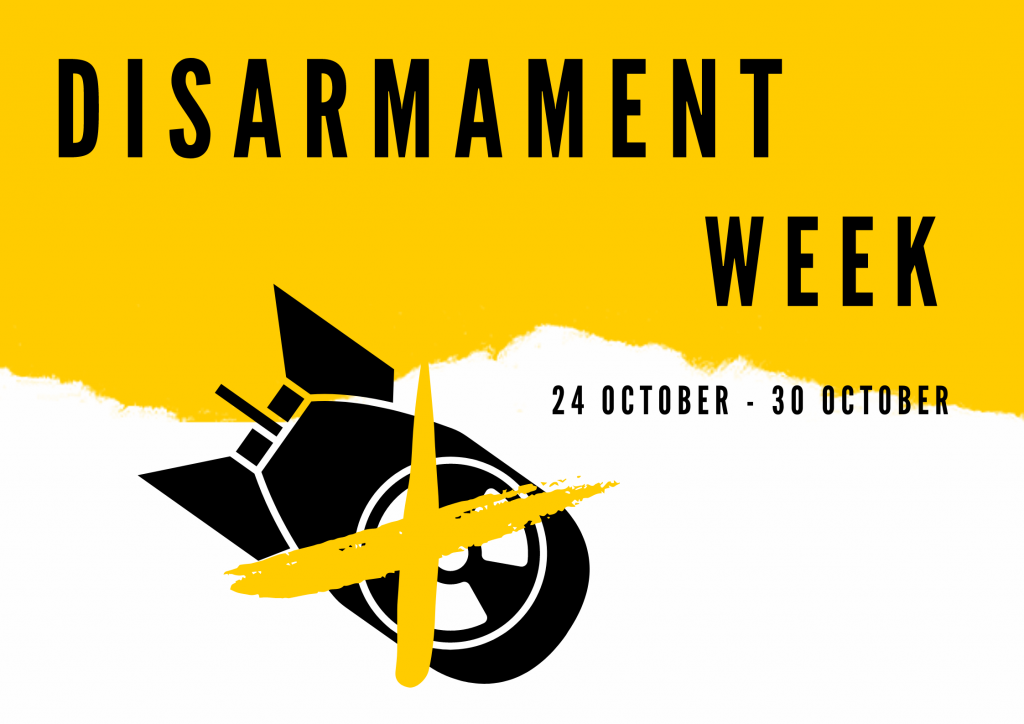 The goal of Disarmament Week is to raise awareness about nuclear weapons and other forms of armament. There will be serious consequences if nuclear weapons end up in the wrong hands. Hiroshima and Nagasaki served as living examples of what nuclear weapons are capable of. This day serves as a kind of invitation to all gun owners to consider how they have stored and used their weapons responsibly, as without doing so, they are no longer a reliable source of protection for people and property. Instead, they can occasionally cause unfortunate events, which are usually the result of an accident.

Why is Disarmament Week named so?

The United Nations established Disarmament Week with the goal of raising awareness of disarmament concerns, their importance across sectors, and how to better comprehend them.

When is Disarmament Week 2022?

This year’s Disarmament Week is celebrated from Monday 24th of October to Sunday the 30th of October. The UN is urging its members to do their part to promote world peace and security during this week by getting rid of all nuclear and other weapons of mass destruction.

Disarmament Week begins on October 24, 1945, the same day the United Nations (U.N.) was established. However, Disarmament Week was not created until 1978. The Special Session of the General Assembly’s Final Document of that year urged the Member States to forgo using force in international relations in favour of disarmament as a means of achieving security. The UN asked the government and NGOs to actively participate in Disarmament Week in 1995. Since then, the aim has been to improve public understanding of issues related to disarmament. In the year 2019 for the first time, four women led the Conference on Disarmament. More women in positions of leadership in this field could pave the way for greater gender equality in disarmament forums, which have traditionally been dominated by men.

The importance of Disarmament Week

The importance of increasing public awareness of the value of disarmament is brought to light this week. Try to persuade nations to only keep the weapons they require for a sufficient police force is a major area of focus this week. Weapons of mass destruction, such as nuclear, biological, and chemical weapons, and small arms are the main topics of discussion during Disarmament Week, with the former receiving the majority of the attention. Even though there have been advancements, there are still an estimated 30 000 to 50 000 nuclear warheads in the world, despite the fact that these weapons are extremely destructive. Progress can be made on a global level the more countries that join this effort and agree to uphold their end of the bargain. It is time to focus on the issues that have the potential to influence how the world as a whole develops because national security concerns also have a significant impact on the lives of every citizen of every country. It’s something that matters and is true.

World peace is frequently discussed, and for many people, it appears to be an unattainable goal. There is still hope that something similar to the idea can be realized with the right steps. After all, before we are citizens or members of communities, we are all human beings.

How to celebrate Disarmament Week?

Participating in the week allows you to learn more about the significance of nuclear disarmament. There are numerous resources available, such as documentaries, journal articles, and other forms of media, that can help you become more aware of what is going on in the world around you. This week is an excellent opportunity to delve deeper and go beyond simply reading headlines on Google News to gain a better understanding of the issues at hand. All it takes to join the movement is a little bit of interest and conviction in the idea of building safety and trust among communities.

To raise public awareness of disarmament and the crucial issues surrounding it, more than just governments and major organizations like the U.N. are necessary. Be active on social media. You can raise awareness for the week on social media using the hashtag #DisarmamentWeek, or you can collaborate with your local school or community centre and be as creative as you can.

Today, many schools (or student organizations, and there are many in the Czech Republic) run Model United Nations (MUN) programs that mimic how a debate at the UN General Assembly might be conducted. A similar organization or structure could be created to include people of all ages and demographics.