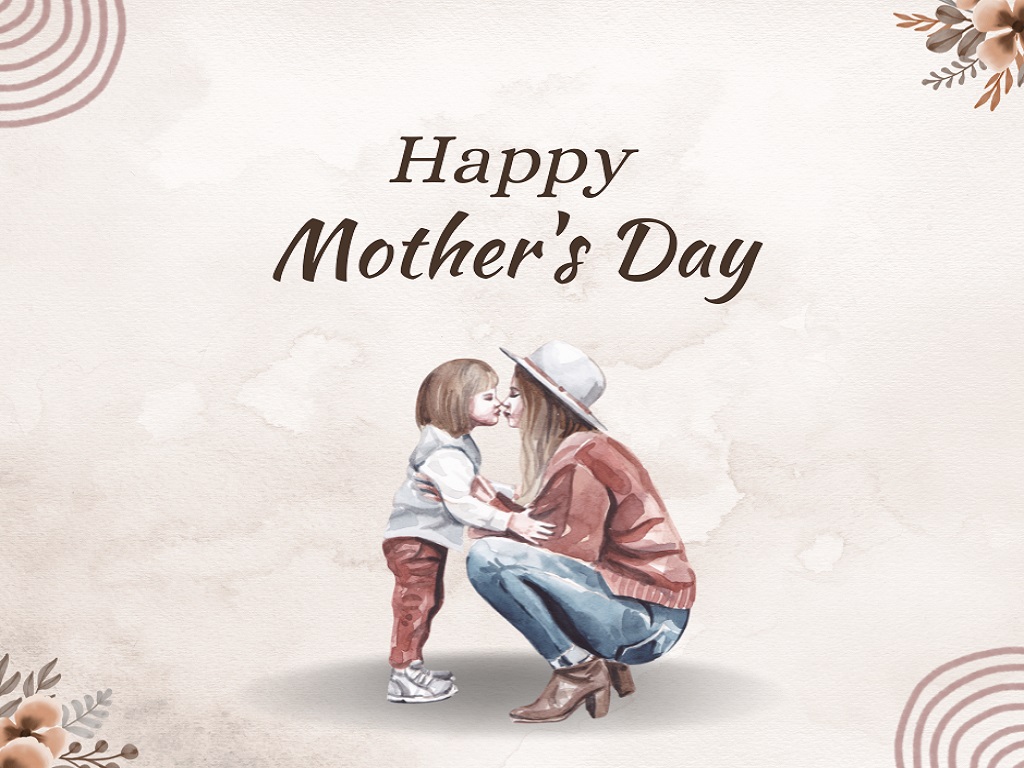 World mother’s day will be celebrated on May 8, 2022, which is the second Sunday of May 2022. It is celebrated on different days in different parts of the world, but most countries celebrate it according to the date set by the USA.

World mother’s day is commemorated to celebrate motherhood and the role of mothers in society. It is celebrated on different dates in different parts of the World, but it is usually celebrated in most countries on the second week of May.

The dates may differ, but the concept remains the same that is to express your love for your mothers, who play an unparalleled role in your life. Mother is the only figure in our lives who puts us before herself and always make sure to get the best for her children. The role of the mother often goes unnoticed, and thus a day to honor her services and sacrifices is very important. It is impossible to pay her back, but your gratitude for her is enough to make her day.

Celebrations of world mother’s day date back to ancient Greece and Rome times when the mother deities Rhea and Cybele were honored along with different festivals.

The current day is derived from the early Christian holiday known as Mothering Sunday.

On this day, it was customary for the people to go to the church near their homes and pray. This European tradition was observed on the fourth Sunday of Lent.

Mothering Sunday evolved into a more secular event in which children would offer their moms flowers and other presents throughout this time. In the 1930s and 1940s, this ritual merged with American mother’s day.

Julia Ward Howe, who was the author of “The Battle Hymn of the Republic,” became the editor of Woman’s Journal in 1872, a famous women’s liberation publication. She authored an appeal to womanhood throughout the world during that period, known as the mother’s day proclamation. Following the civil war and the Franco-Prussian War, the declaration urged women to struggle for world peace.

On June 2, Howe attempted but failed to initiate a “mother’s day” celebration. Howe proposed a mother’s day celebration every July 4, two decades later. This was similarly unsuccessful, although it laid the groundwork for a future attempt.

After her mother, Ann Reeves Jarvis, died in 1905, Anna Jarvis was successful in establishing mother’s day. Jarvis suggested that mother’s day include a single possessive so that each family may recognize its mother rather than all moms.

Jarvis quickly fought to create mother’s day, a national holiday, enlisting the help of influential Americans. Mother’s day had become an annual celebration in several states, cities, and churches of the USA by 1912.

The central concept of celebrating mother’s day was to show affection to the mother and spend some time with her. Anne Jarvis, the founder of mother’s day, initially called mother’s day a time when it was customary to wear a white carnation and visit church and home, but soon she made a mistake.

She mistakenly commercialized the day with many floral and gift companies who helped her in the cause, but she soon regretted that decision and started a campaign against them. She spent the rest of her life fighting against them by educating people and launching lawsuits against them. Right before she died in 1948, she said she regretted her efforts to give origin to mother’s day in the first place.

Now, floral companies benefit most from mother’s day, and most flowers and cards are sold on mother’s day.

How to Celebrate World Mother’s Day?

The tradition of celebrating world mother’s day is for the rest of the family, except the mother does all the chores. Usually, they prepare a dinner compromising her favorite dish and presents of her choice. There are also other ways to celebrate mother’s day as follows:

Spend Some Time With Her

According to a survey, most mothers want to spend time with their children, and that is the best gift you can give her on mother’s day. You can go shopping or spend a day helping her in house chores.

Give Her a Card and Flowers

You can give her a card and flowers as they’re a cute and simple way to express your love to your mother and interestingly, cards and flowers are the most common present on mother’s day.

Here are some of the interesting facts related to world mother’s day:

Mother’s Day is not on the Same Date Every Year

Maximum Calls are Made on Mother’s Day

Approximately 122 million calls are made on world mother’s day, the highest number of calls made in a day.

On mother’s day, many people buy flowers and plants for their mothers than on any other festival such as Christmas and valentine’s day. Mother’s day flowers account for around a fifth of all flower purchases. However, Anne Jarvis, the founder of mother’s day, was against this commercialization of this beautiful day.

The Founder of Mother’s Day

The founder of world mother’s day, Anne Jarvis, surprisingly never became a mom but gave us a beautiful day to spend our time with our mother and show her gratitude.

Anne Jarvis, who was the founder of world mother’s day, regretted her decision to accidentally commercialize mother’s day, and she admitted that she regretted the idea of giving origin to this day in her last days before her death in 1948.

The most popular gift for mother’s day is giving love cards, and about 65% of cards are sold on the occasion of mother’s day. According to a survey, many moms want to spend their time with children or want a gratitude card from them on this day.

Why is mother’s day celebrated differently in various countries?

Mother’s day is celebrated on several dates across the World in various seasons. Some form a line, observing the United Nations’ official mother’s day date of the second Sunday in May. Others have their traditional festivals and ceremonies known as mother’s day.

Which Flower is Associated with Mother’s Day?

Carnation is the most popular flower for mother’s day gifts. Carnations are associated with mother’s day.

How Many Mothers are There in the World?

There will be approximately 2 billion mothers in the World in 2022.

What are the Symbols of Mother’s Day?

On mother’s day, there are many ways to express gratitude to moms and mother figures. The International Mother’s Day Shrine and white carnations, which Anna Jarvis requested as the official emblem for the day, are among them.

The preservation of motherhood is the focus of this shrine. The building is on the United States’ National Register of Historic Places. It strives to conserve, promote, and grow the spirit of motherhood and is housed in Grafton, West Virginia, with a museum.

World mother’s day is celebrated around the World. It may fall on different dates in different regions of the World, but its purpose remains the same! To express love and gratitude for the mothers who work day and night tirelessly without any holidays.

Their love and sacrifices are often ignored, and a day to recognize them is absolute. Even a simple gift or a few words of gratitude are enough to make her day. However, your love must not be restricted to mother’s day only.