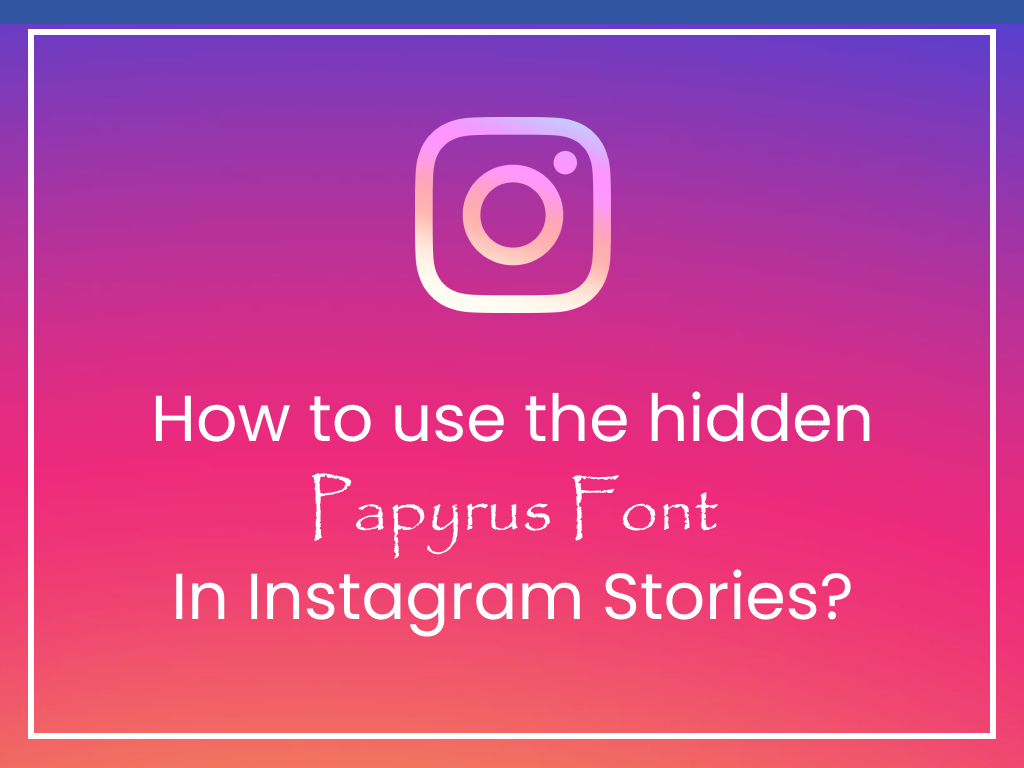 How to use the hidden Papyrus font in Instagram Stories?

Instagram is famous for a myriad of things. People use this social media platform to post pictures, stories, videos, boomerangs, and whatnot. But, what’s that one thing that makes it stand out from the rest of the social media platforms? The number of amazing and funky fonts it has. You may know all about Instagram stories and the available fonts but have you heard about the Papyrus font? If not, you definitely need to scroll down and learn how you can activate this captivating yet hidden font on Instagram.

But first, let’s know a little about the Papyrus font!

We know, you’re eager to find out how you can use Papyrus font in Instagram stories but, we should learn a thing about Papyrus font first, shouldn’t we?

Developed by Chris Costello, the Papyrus font came up on the surface in 1982. Papyrus font can be regarded as one of the most polarizing or differentiating fonts present on Instagram. At first, the Papyrus font consumed a lot of hate because many people considered it to be quite hideous and compared it to Comic Sans (another hideous font). This font has also been the victim of Ryan Gosling who openly ridiculed Papyrus font in Saturday Night Live in 2017. The famous actor did so by putting this font in relation to the blockbuster movie Avatar. However, the two fonts got famous in some years as pre-installed fonts found on the Microsoft Office from Office ’97 onwards.

Now, talking about the Instagram stories, Comic Sans is already available but Papyrus font? That’s like a hidden Easter egg font but we do know how you can find it. Here’s how you can do it.

How can you activate the hidden Papyrus font in Instagram stories?

Follow the below-mentioned steps to unlock the Papyrus font.

Voila! You got your Papyrus font in Instagram stories.

If you follow all these steps, you will activate the Papyrus font successfully. You can use this font for whatever things you like and however long you like.

Undoubtedly, Instagram is full of surprises and we are pretty sure that you didn’t even know this font existed till now. So, leave all your followers surprised too just as we did. We’re sure it’s going to be worth it. Use this font and upload some funky-looking stories now.