While ad blocking has existed for several years, it is still estimated to be used by a relatively small percentage of the online population. Standalone blocking solutions may have leveled off after the initial wave of eager adopters, but adoption could grow considerably if the functionality is bundled with other Web software. Initially introduced by non-mainstream software companies, ad filtering technology has now been integrated into popular application suites from major software companies such as McAfee and Symantec.

Proponents claim that download times improve considerably by eliminating slow-loading banners and buttons. A slow-loading advertisement can keep an entire page from loading until the ad either loads or times out. This one factor can cause more delays than the actual download and rendering of all other page elements combined.

Opponents claim that ad blocking amounts to nothing more than theft, as ad-free surfers use valuable resources without indirectly “paying” in the form of viewing ads. A few publishers have gone so far as to reject ad-blocking visitors.

If widely embraced, ad blocking might actually have some unintended consequences for Web surfers. By rejecting anything that is easily identified as an advertisement, ad-blocking software actually encourages more aggressive forms of generating revenue. If legitimate advertising is eliminated, content sites will feel the pressure to sacrifice editorial integrity by using sneaky advertorials, charge subscription fees for content… or be forced out of business.

Articles from the early days of ad blocking 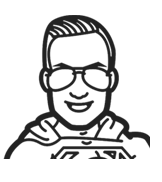 Hi, my name is Michal Krčmář. I am digital marketing freelancer based in Prague (Czech Republic). I’ve been working on websites and delivering online marketing campaigns as a commercially-focused freelancer since 2006. I’ve worked for big prestigious brands, worked in-house for many years as consultant, manager or director and run several own startups. I am big fan of GDT (Get Things Done) methodology which I apply directly when working on projects.

More about me Contacts