Here’s an overview of the main differences between features offered by Snapchat and TikTok.

TikTok’s hype doesn’t seem to come down anytime soon. You can see it all over the internet. Even if you have not joined the application itself, TikTok videos can be seen making rounds on other social media apps like Instagram, Facebook, and YouTube. This is a proof that TikTok will not go away just like that. People are really spending their time and energy into it.

People who don’t have any idea of how TikTok works will probably not accept the fact that it’s just another slightly modified version of Snapchat. They might believe that TikTok can reuse the content created on Snapchat.

If we talk about features offered by the two apps, they are not much different from each other. The target audience of both apps is same. But the major difference is the outcome users get from these platforms. Snapchat is basically a messaging app, both video and photo referred to as “Stories”. The format of Snapchat makes messages, snap pictures, and videos disappear after 24 hours. While on Tiktok people make short creative videos with some background music. The way brands can reach their target audience is different and unique for both social media applications.

The brands need to figure out which platform is best suitable to use as their marketing channel. If you want to find out how and which platform is fit for marketing your brand, this is an easy guide to follow. You will get to know the features and differences in the value these platforms offer for brand marketing. 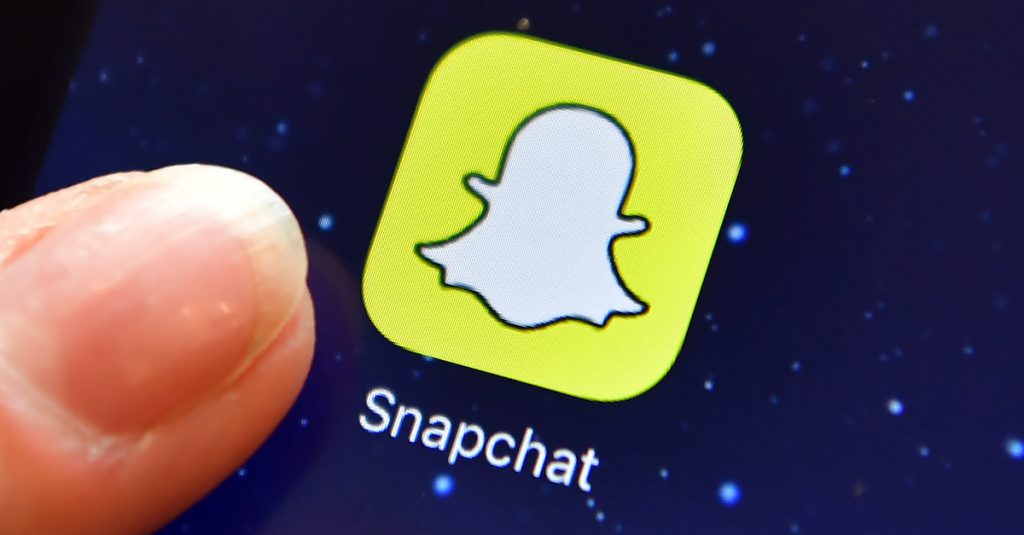 Snapchat was created by Bobby Murphy, Evan Spiegel, and Reggie Brown, (former students at Stanford University), and was first launched in 2011. 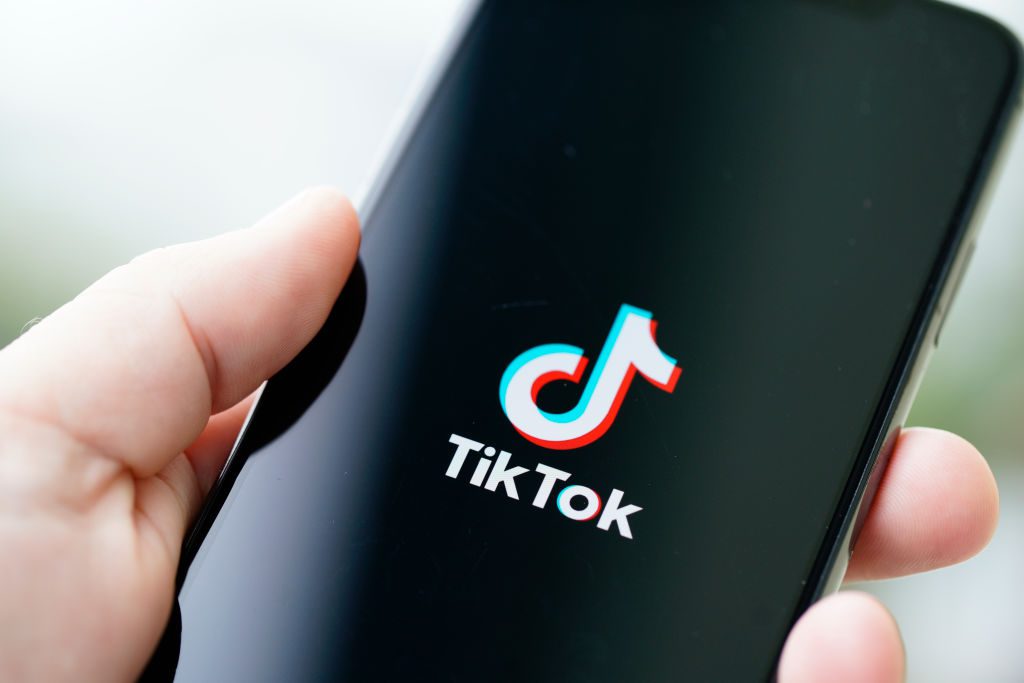 TikTok was first launched in China in 2017. Later in 2018, the app was launched globally.

Contrary to Snapchat, the majority of TikTok users belong to Generation Z. People age 18 to 24 make 41% of the total users. 27% of users are teenagers. Gender demographic shows 40% male and 60% female users.

Many high-end brands are using this platform to promote their products and services. Some of them are:

An overview on TikTok

Tiktok is a video sharing app design by ByteDance, a Chinese tech company. The app was first launched in 2017 in China only. It was launched internationally in October 2018 and it has been growing since. By the end of 2019, a record of 1.5 billion downloads was reported globally.

The app has seen a rapid increase in the number of teenage users. 42% of the active TikTok users are between the age of 13 and 17. They are spending their energies on making content for TikTok. The content is usually funny or showcasing some sort of talent.

Tiktok being a new platform is not still mature enough in the area of advertisement. The self-service ad platform is in the testing phase. Advertising is currently being offered on the basis of cost per thousand impressions (CPM). Ads are shown using different techniques, some of them are:

An Overview on Snapchat

Snapchat was launched globally in 2011. It is an app for connecting with family and friends by sharing text messages, pictures, and small videos. Initially, the Snapchat algorithm was designed with an idea that the picture will disappear after 10 seconds. Later on, improvements and changes were made and brief video stories were introduced. The discovery tab was created as a result of these updates.

People use Snapchat to stay connected with family and friends by making small videos and pictures and uploading them on stories. Followers can see these stories for 24 hours and then they vanish. One of the great features of Snapchat is AR (Augmented reality) lenses which makes the users get more creative on sharing their life updates on stories.

Generation Y, usually referred to as Millennials form a huge chunk of the Snapchat user base. It is reported that Snapchat has 218 million active users on daily basis.

Snapchat has a self-service platform for advertisements. There are plenty of options available for running ads. The standard form of ads can be seen in between stories. It offers branded filters and AR lenses. Snapchat has a special feature for e-commerce where you can put ads with a direct link to online shops. You can choose your target audience to show your ads to.

A Comparison Between The Content of TikTok and Snapchat 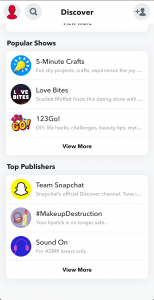 Choosing The Best Platform To Market Your Brand

Tiktok and Snapchat are great sources for brands to market their products and services and connect with a great number of audiences. The opportunities to advertise are topnotch by both platforms. The content we find on TikTok is basically user-generated content (UGC) which can be helpful in creating awareness among the audience.

Snapchat also uses User-generated content for ads but people using this platform usually post stories based on how their days are passing and the stuff they are doing. If brands make a series of stories for their followers, it can be really effective for their marketing campaigns.

Snapchat has reached the stage of maturity in its advertising options like shoppable and native checkout features. The content found on Snapchat is usually mature and decent as compared to TikTok. Therefore, the chances for brands to grow through Tiktok are still less than through Snapchat. Immature, humorous content is not suitable for every brand.

Tiktok is your go-to place if your target audience is young, full of enthusiasm and energy. The user-generated content in form of reaction videos, hashtag challenges, challenges involving products from brands have become highly popular. Tiktok users are putting in their time, energy, and best efforts in creating content to provide entertainment. This energy can be helpful for brands to consider relying on TikTok content creators for their marketing.

Millennials are still using Snapchat considering it a slightly mature platform. Ads are shown in rather traditional ways as compared to Tiktok. If your target audience is mostly young people, you should be running your marketing campaigns on both platforms.

Choose the type of content best suited for your brand image. If it has to be aesthetic, traditional, and high-quality content, you should use Snapchat. The level of creativity can be enhanced by using the AR and AI features by Snapchat. You can add a swipe up button for a detailed experience for users. Brand marketing in TikTok is a bit tricky. The content on TikTok is not about how nice and mature something looks. It can be difficult to choose whether it’s a challenge to find young users who can create the right type of content suitable for your brand’s reputation.

In May 2019, a video of a customer doing a lid flip has gone viral on Instagram which became a TikTok challenge. The challenge was to try the lid flip trick for themselves. The challenge came with the hashtag #ChipotleLidFlip. 111,000 videos were uploaded, more than 59,000 people participated in the challenge, and a number of views reached over 104 million.

E.l.f cosmetics created a hashtag challenge #eyeslipsface and asked users to make videos of makeup looks by using their makeup. E.l.f developed a song for it as well. This challenge generated more than 3 million organic views.

Paramount Picture chose Snapchat to promote their film. They launched a UGC campaign driven by AR lenses. Users could add elements from the film to their stories by using digital overlay for the film promotion. Also, users, who want to watch more promo content have the option to watch the complete trailer of the film.

McDonald’s and Coca-Cola were the first brands to use “Snapchat scan”, an image recognition feature launched in December 2019. People could scan the logos and QR codes to access special lenses. Exclusive branded lenses could be unlocked by scanning the logos of food and drinks by McDonald’s and Coca-Cola. This is an example of how brands can engage the audience by using creativity along with their products. Carolina Arguelles, the snap’s product marketing manager said,

“Using Scan in this way offers so many possibilities for brands – from creating fun, shareable moments, to sharing product information or offering a virtual trial.”