The female sign emoji represents feminine gender and female birth sex identities and expressions, often used online or in texts to champion feminism and women’s empowerment. The female sign emoji can be paired with others, such as the woman emoji, to celebrate international women’s day, which falls on March 8 each year.

However, if you just want to type female sign emoji/symbol on your keyboard, then I’m going to teach you how you can do this using your keyboard by following simple steps.

Very often online, the female sign emoji simply displays after another emoji character because the full-fledged woman emoji isn’t supported on the platform. In some instances, this may appear redundant because the default emoji person is already a woman.

When used alone, the female sign emoji may mark content expressing feminine pride and feminist solidarity, notably used in the January 2017 women’s marches around the world and in the wake of the #MeToo movement exposing sexual violence and assault against women.

The female sign emoji is also used to mark international women’s day, which has been commemorated since 1911. Held on March 8, the day gives visibility to issues of women’s equality and gender parity, while also bringing attention to charities and women’s achievements.

Here is a complete list of gender symbols along with alt code keyboard shortcuts for typing in Windows and Mac computers.

Microsoft Office provides several methods for typing female sign emoji/symbols or inserting symbols that do not have dedicated keys on the keyboard.

In this section, I will make available for you five different methods you can use to type or insert this and any other symbol on your PC, like in MS Office (ie. Word, Excel, or PowerPoint) for both Mac and Windows users.

Without any further ado, let’s get started.

Using the Female sign emoji/Symbol Shortcut for Mac and Windows

For Mac users, the keyboard shortcut for the female sign emoji is Option + 2640. For Windows users, use the Alt code method by pressing down the [Alt] key whilst typing the symbol Alt code which is 12. You must use the numeric keypad to type the alt code. Also, ensure that your num lock key is turned on.

Below is a breakdown of the Female Symbol shortcut for Mac:

The insert symbol dialog box is a library of symbols from where you can insert any symbol into your Word document with just a couple of mouse clicks.

) in Excel or Word using the insert symbol dialog box. 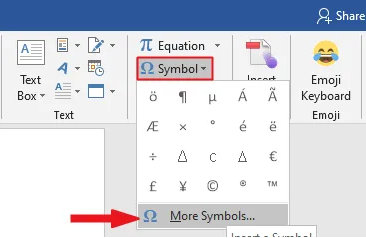 The symbol dialog box will appear. 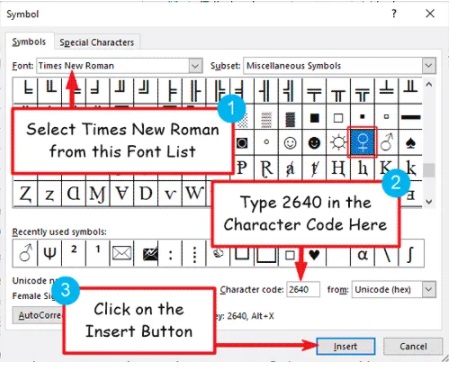 Copy and Paste Female Sign emoji/symbol on the keyboard

Another easy way to get the female sign emoji/symbol on any PC is to use my favorite method: copy and paste.

All you have to do is to copy the symbol sign from somewhere like a web page, or the character map for windows users, and head over to where you need the symbol (say in Word or Excel), then hit Ctrl+V to paste.

Below is the symbol for you to copy and paste into your Word document. Just select it and press Ctrl+C to copy, switch over to Microsoft Word, place your insertion pointer at the desired location, and press Ctrl+V to paste.

Alternatively, just use the copy button at the beginning of this post. 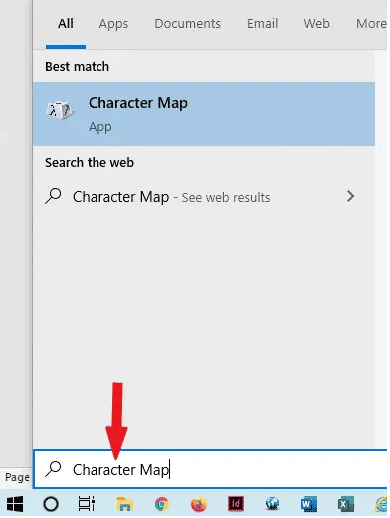 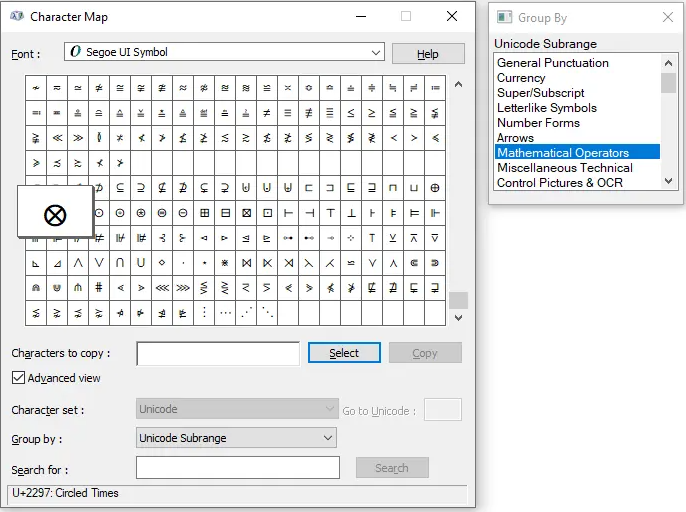 By following these simple steps, you can copy and paste the female sign emoji.

By following the abovementioned ways, you can type female sign on the keyboard without any hassle.

Thank you very much for reading this blog.

If you have anything thing to say or questions to ask concerning the female sign/symbol, please drop it in the comments.

Very detailed and informative content. Already used it and it worked perfectly fine. Thanks dude ;)